2 Pakistan Military sepoys martyred in trade of fireside with militants from throughout Afghan border: ISPR 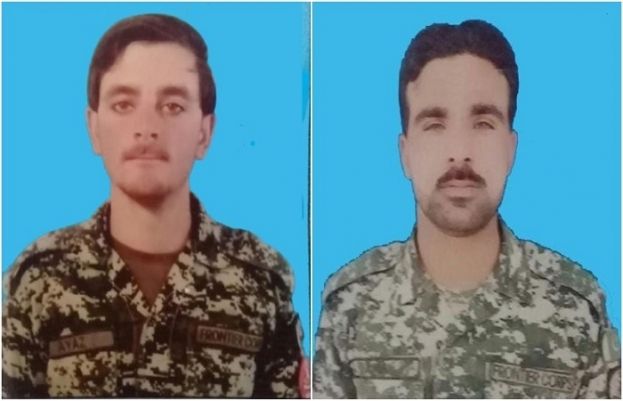 Two Pakistan Military sepoys had been martyred in an trade of fireside with terrorists from throughout the Afghan border in Khyber Pakhtunkhwa’s Bajaur district, the navy’s media wing mentioned in an announcement on Sunday.

“Terrorists from inside Afghanistan throughout the worldwide border opened hearth on a navy put up in Bajaur district,” the Inter-Providers Public Relations (ISPR) mentioned, including that Pakistani troops had responded in a befitting method.

The martyred troopers had been recognized as Sepoy Jamal, 28, from Mardan, and Sepoy Ayaz, 21, from Chitral.

The ISPR mentioned Pakistan “strongly condemns the usage of Afghan soil by terrorists for actions in opposition to Pakistan and expects that [the] current and future setup in Afghanistan is not going to permit such actions”.

In an analogous incident, a paramilitary soldier was martyred on Thursday when terrorists attacked a check-post within the Three Baman Sector from throughout the Afghan border.

On Friday, ISPR Director Basic Maj Gen Babar Iftikhar had emphasised that the scenario on the Pakistan-Afghanistan border was “regular and beneath management”, whereas Pakistan’s aspect was “safe”.