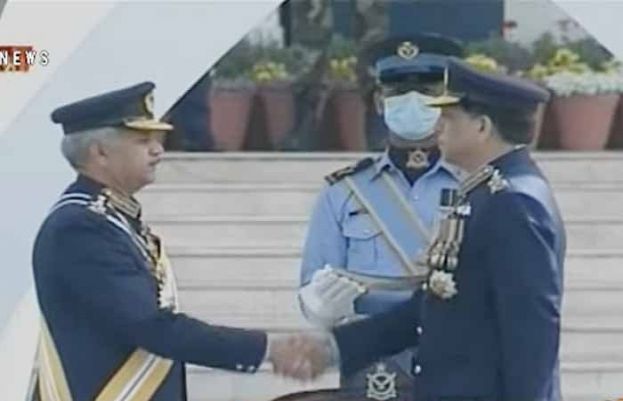 Outgoing PAF chief Mujahid Anwar Khan pinned badges on the brand new air chief and formally handed over the command by presenting the normal scroll to Zaheer Ahmed Babar at an elaborate ceremony held in Islamabad.

A guard of honour was introduced to the outgoing and incoming PAF chiefs on the ceremony.

New Air Chief Marshal Zaheer Ahmad Babar joined the air drive again in 1986 as fighter pilot and has discharged his duties as head of fighter squadron, an operational air base and regional air commander.