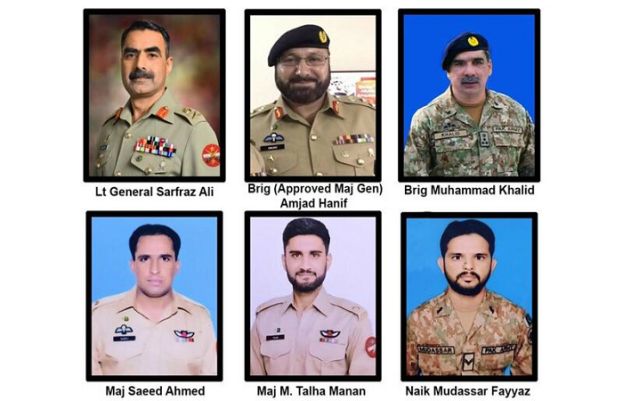 The Pakistan Military on Friday regretted over the social media marketing campaign following the unlucky helicopter crash in Balochistan on August 1, a press release issued by the Inter-Companies Public Relations (ISPR) mentioned.

In keeping with the navy’s media wing, the marketing campaign has “brought about deep anguish and misery amongst martyred households and rank and file of the armed forces”.

“Whereas the entire nation stood by the establishment on this tough time, sure insensitive quarters resorted to hurtful and derogatory feedback on social media which is unacceptable and extremely condemnable,” the ISPR added.

The helicopter went lacking after dropping contact with the air visitors management on Monday. The navy mounted a search operation which was stymied by the tough mountainous terrain of Lasbela district.

On Tuesday, the wreckage of the helicopter was present in a coastal district of the province and not one of the six officers and crew on board might survive the crash, the navy’s media wing mentioned.

Lt Gen Ali was supervising aid operations in Balochistan, which has been hit exhausting by flash floods triggered by the heavy monsoon rains within the province.

“The wreckage of the unlucky helicopter which was on flood aid operations has been present in Musa Goth, Windar, Lasbela [district of Balochistan],” DG ISPR Maj Gen Babar Iftikhar wrote on his verified Twitter deal with.

“All six officers and troopers, together with Lt Gen Sarfaraz Ali embraced shahadat [martyrdom],” it added within the tweet. “As per preliminary investigations, the accident occurred because of unhealthy climate.”

In keeping with the navy’s media wing, the COAS visited the households of Lt Gen Ali and Brig Khalid in addition to the household of Lt Colonel Laiq Baig Mirza who embraced martyrdom in Ziarat.

The mortal stays of the martyrs’ crash have been moved to Rawalpindi via helicopter. The martyrs have been buried with full navy honours, the ISPR added.