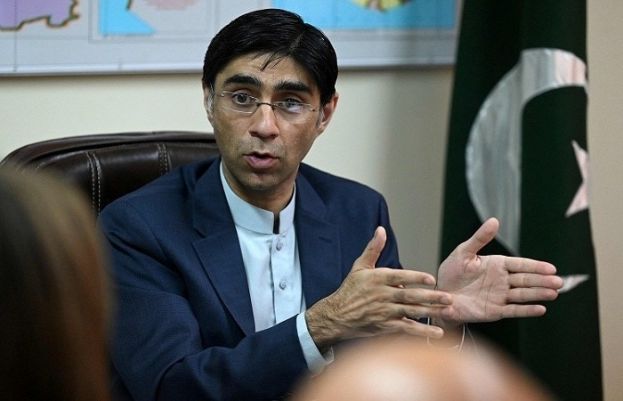 In a transparent message of the state’s endurance operating out amid the protests by proscribed Tehreek-i-Labbaik Pakistan (TLP), Nationwide Safety Adviser (NSA) Moeed Yusuf on Thursday stated that the outfit has crossed a pink line.

The NSA cautioned the TLP to be conscious of the truth that there will likely be “no armed militias of any type in our nation”.
The assertion from the highest safety adviser got here because the protesters created chaos in Punjab’s cities, with the federal government holding talks with their imprisoned chief Saad Hussain Rizvi.
Yusuf took to Twitter to sentence and warn the TLP protestors for orchestrating excessive violence towards the policemen throughout their protest march.

He clarified that for all of the people and teams who assume they may problem the writ of the Pakistani state, “don’t take a look at the proposition”. “As the essential precept of nationwide safety, the state won’t ever draw back from defending each citizen from any type of violence,” he underscored.
The NSA stated that the proscribed organisation’s protestors had martyred policemen, destroyed public property, and continued to trigger huge public disruption.

He warned that the legislation would take its course for every considered one of them including: “and the outlaws will likely be handled like terrorists with no leniency”.