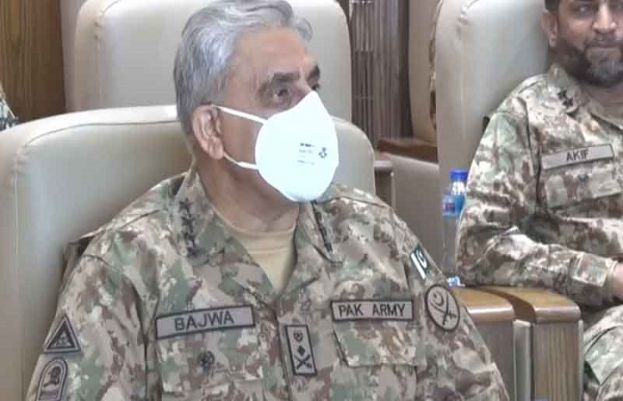 Chief of Military Workers (COAS) Basic Qamar Javed Bajwa on Friday reiterated the resolve of the Pakistan Military to battle towards terrorism until the elimination of this menace from the nation, an announcement issued by the Inter-Companies Public Relations (ISPR) stated.

The COAS was briefed concerning the prevailing safety scenario, progress on improvement works in newly-merged districts, and Pak-Afghan border fencing throughout his go to to the Corps Headquarters in Peshawar.

The army’s media wing stated that whereas paying tribute to courageous tribesmen, officers, and troopers of Pakistan Military, Frontier Corps (FC), Levies, Khasadar, and police, the COAS vowed that sacrifices of martyrs is not going to go in useless and “full peace will return to Pakistan.”

“The COAS appreciated safety forces for offering an enabling surroundings for the completion of socio-economic improvement tasks within the newly-merged districts, very important for enduring stability and sustainable progress of the realm,” the assertion learn.

Earlier, on arrival on the Corps Headquarters, the COAS was acquired by Commander Peshawar Corps Lieutenant Basic Faiz Hamid.