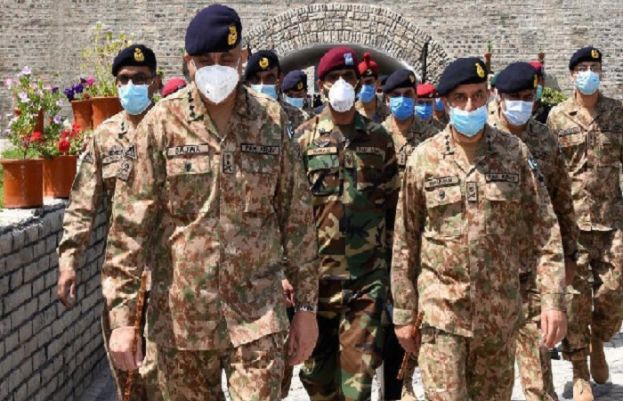 The Chief of Military Employees (COAS) Basic Qamar Javed Bajwa on Thursday visited the ahead areas alongside the Line of Management (LoC), Inter-Providers Public Relations (ISPR) stated in an announcement.

In response to the navy’s media wing, the COAS was up to date with the on-the-ground state of affairs alongside the LOC in addition to the operational preparedness of the formation.

As part of the go to, the COAS additional interacted with the troops that had been stationed alongside the LoC in Kot Kotera Sector.

The troops had been appreciated by the COAS for his or her fight readiness and excessive state of morale and emphasised the significance of steady vigilance, readiness to counter all threats and contingencies for higher safety alongside the LoC.

Basic Bajwa was welcomed by Corps Commander Lieutenant Basic Sahir Shamshad Mirza at his go to.