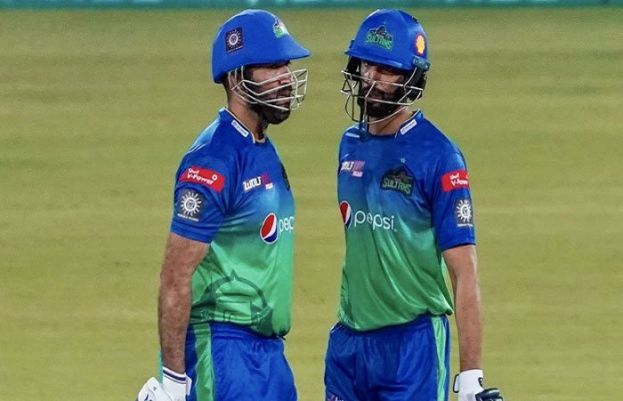 David Willey’s final over wickets and Shan Masood’s 88-run knock sealed the deal for the Multan Sultans of their Monday match towards the Quetta Gladiators.

Earlier, after being invited to bat, the Sultans managed at hand Quetta a 175-run goal in 20 overs for the lack of 4 wickets, however there have been a number of hiccups alongside the way in which.

The lead run-scorer of PSL 7, Mohammad Rizwan, was dismissed within the second over — and that too for a duck. After the skipper went down, the Qalandars have been crusing easily, however within the ninth over, James Faulkner was dismissed for 21.

Throughout these dismissals, and Rilee Rossouw’s run out in the course of it, Masood was main the way in which and preserving the Gladiators’ boat afloat.

Lastly, he was additionally despatched packing within the second ball of the nineteenth over, however he had accomplished his job by scoring 88 runs, with the assistance of six fours and 4 sixes.

Within the final over, Tim David and Khushdil Shah put up a superb combat as they scored 16 runs.

Of the seven video games performed between the 2 sides, to date, Sultans have received three and Quetta pocketed victories in 4 video games.