Govt should present their writ over ‘power-hungry’ Imran: Zardari 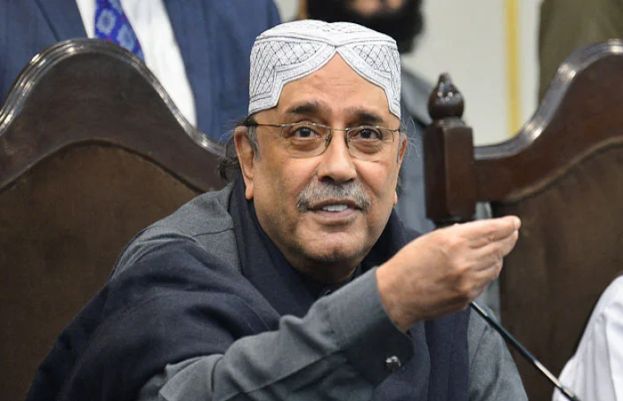 Former president Asif Ali Zardari urged on Tuesday the establishments and authorities to determine their writ as he took a jibe at PTI Chairman Imran Khan for criticising Pakistan’s armed forces, police and judiciary.

“The establishments and authorities must set up their writ or else the legislation, Structure and establishments will preserve falling pray to his [Imran Khan] calls for,” a press release issued on Twitter acknowledged.

As per media stories, in a gathering with Sindh ministers, Zardari was quoted as saying by the PPP stated that the flood affectees in all 4 provinces are trying in direction of the federal government for assist whereas the starvation for energy is driving Imran Khan loopy day-to-day.

“This particular person is criticising our military on daily basis and the identical military’s officers and troopers are combating towards terrorists and laying down their lives in two provinces. He threatens the military, police after which a feminine Justice of the Peace and challenges them to arrest him,” he stated.

Zardari stated that the judiciary should resolve if Imran Khan is above the legislation, can take extra-judicial actions towards “me, Mian Nawaz Sharif, my sister and Maryam Nawaz whereas trampling each legislation himself.”

He additionally drew consideration in direction of the flood emergency state of affairs in all of the 4 provinces and stated that politicians ought to concentrate on the flood victims as an alternative of participating in politics.