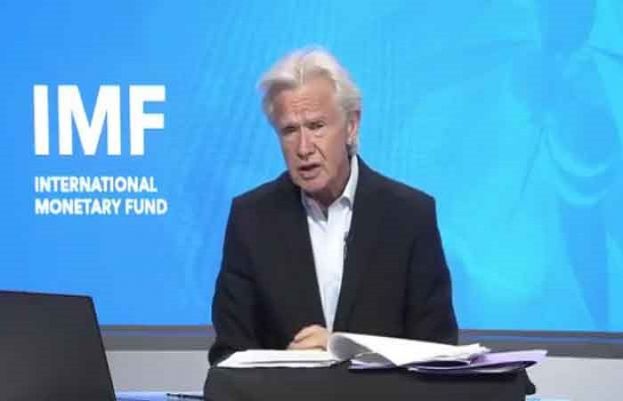 The Worldwide Financial Fund (IMF) on Thursday stated that additional discussions with Pakistan are wanted on Pakistan’s fiscal spending plans, structural reforms, notably within the tax and power sectors, and social spending.

In response to IMF spokesman Gerry Rice, the Fund is holding open, constructive discussions with Pakistan as a part of a sixth evaluate of the nation’s 39-month, $6 billion financing programme that started in 2019.

Rice declined to say if disbursements below that programme had been halted.

IMF employees had been unable to finish the talks throughout a current mission, however the international lender remained “totally engaged” and aimed to renew the discussions within the interval forward, Rice instructed an everyday IMF briefing.

“We stand able to proceed to assist Pakistan,” he stated. “Because the restoration beneficial properties energy, will probably be necessary to speed up the implementation of insurance policies and reforms wanted to deal with a number of the long-standing challenges going through the Pakistani financial system.”

Pakistani authorities and IMF, in the meanwhile, have agreed to proceed talks to slim down variations, however the IMF-sponsored programme has been placed on halt mode because the worldwide cash lender has conveyed that the sixth evaluate below the Prolonged Fund Facility (EFF) might be completed in September this 12 months as an alternative of July 2021.

Following allegations by former finance minister Miftah Ismail that the IMF programme had been suspended, the Ministry for Finance had issued an announcement to make clear that this was not the case.

In an announcement, the ministry stated that the IMF crew will go to Pakistan in August and evaluate the financial efficiency of the nation.

The ministry additionally stated that Pakistan accomplished all of the targets given by the Fund in March and claimed Pakistan had a wonderful efficiency in the course of the outgoing fiscal 12 months.

Final week, Minister for Finance Shaukat Tarin dominated out the potential of Pakistan’s exit from the IMF programme, throughout his dialogue with the Senate Standing Committee on Finance in Parliament Home