‘Imran Khan is my chief,’ Pervez Khattak says after heated argument with PM 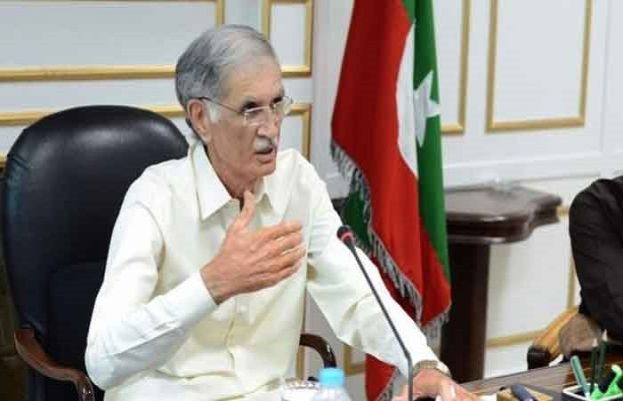 Federal Minister for Defence Pervez Khattak on Thursday stated Prime Minister Imran Khan is his “chief” and he has no disagreements with him.

In response to sources, the previous chief minister of Khyber Pakhtunkhwa informed the premier that “we made you the premier by means of our votes.”

It’s pertinent to say right here that the PTI parliamentary assembly was known as to take the celebration’s management into confidence relating to the supplementary finance invoice which is to be tabled within the Nationwide Meeting.

Nevertheless, in keeping with studies, the scenario turned bitter as PM Imran Khan’s most-supporting colleagues Khattak and Noor Alam, together with different members, confirmed critical reservations about inflation, the mini-budget, and the State Financial institution of Pakistan’s (SBP) invoice.

Sources additional stated that the previous Khattak criticised PM Imran Khan, saying, “gasoline is banned in KP regardless of the province being the producer of gasoline and electrical energy. But, it’s dealing with difficulties.”

“We have now voted so that you can turn out to be the prime minister, but when your behaviour stays the identical, then we won’t vote for you the subsequent time,” Khattak warned.

Sources additional revealed that after listening to Khattak’s remarks, the premier tried leaving the assembly saying, “In case you are not happy with me then, I’ll hand this authorities to any person else.”

Afterward, Khattak clarified that he had “by no means disagreed with PM Khan,” including that they’d “solely had a dialogue associated to gasoline points.”

Answering a query after a separate assembly with the premier, Khattak stated: “I’ve hundred per cent belief in PM Imran Khan; we solely mentioned some points within the assembly.”

He additional added that he was “shocked” to see studies on media that implied had created some “ruckus” through the assembly.

“I didn’t say something alongside the strains of not voting for PM Imran Khan once more,” Khattak stated whereas refuting all rumours about having a ahead block within the celebration.

He said that through the assembly, he solely raised questions relating to the gasoline situation in KP.

Requesting the media to cease making a mountain out of a molehill, the minister stated: “That is our inside matter; I’m not in opposition to Prime Minister Imran Khan.”