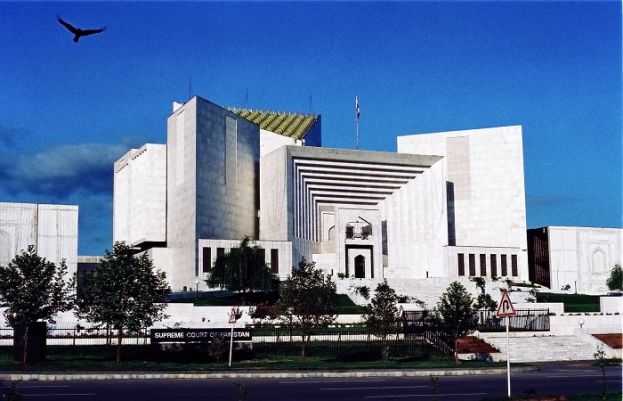 The Supreme Court docket (SC) on Tuesday directed the Sindh authorities to devolve powers to the native authorities within the province as per the constitutional legal guidelines whereas giving its verdict on a petition filed by the MQM-P.

MQM-P had moved the court docket searching for switch of energy to the native our bodies in Sindh, via a plea filed in 2013.

Giving the decision on the plea, Chief Justice of Pakistan (CJP) Gulzar Ahmed acknowledged that it was the native governments’ prerogative to make and implement grasp plans and the provincial authorities can not begin a mission which is below the native authorities’s jurisdiction.

“The Sindh authorities is certain to create autonomous native our bodies below Article 140-A of the Structure of Pakistan,” the CJP remarked, directing it to make sure the switch of economic, administrative and political powers to the native authorities.

Furthermore, the court docket additionally annulled Sections 74 and 75 of the Sindh Native Authorities Act (SLGA) 2013 [pertaining to the transfer of functions from councils to government and commercial schemes] and ordered the provincial authorities to make amendments to all legal guidelines.

“Make it possible for all of the legal guidelines are according to Article 140-A,” the court docket remarked, whereas disposing off MQM-P’s petition.

The legal guidelines embrace the Sindh Constructing Management Authority Act and that of the Karachi Water and Sewerage Board, Karachi Improvement Authority together with the event authorities for Malir, Hyderabad, Lyari, Sehwan and Larkana districts.

MQM-P, then MQM, had challenged the SLGA within the apex court docket in October 2013. The Sindh Meeting had handed the SLGA-2013 on August 19, 2013, regardless of robust opposition by the MQM