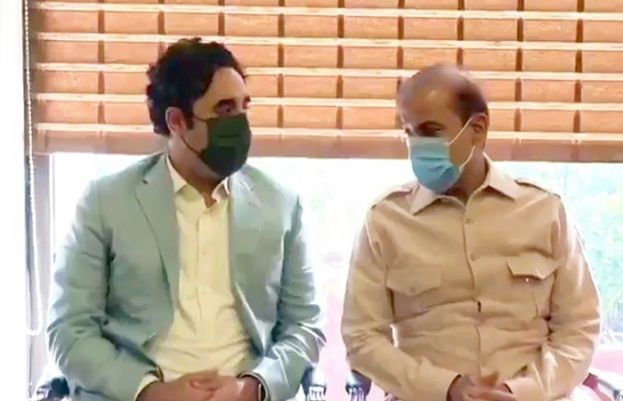 PML-N President Shahbaz Sharif and PPP Chairman Bilawal Bhutto Zardari on Friday stated the Opposition would work collectively and provides a troublesome time to the federal government, vowing to not let the finances sail by within the Nationwide Meeting.

Bilawal, talking to the media alongside Shahbaz after the parliament’s finances session, stated that the individuals who might need been listening to Minister for Finance Shaukat Tarin as he unveiled the federal government’s proposals, “will need to have been considering that that is another nation’s finances”.

Bilawal stated it didn’t sound in any respect just like the finances Pakistan wants, with its “historic inflation, unemployment, and poverty”.

“The prime minister and finance minister’s claims of financial progress are baseless amid such a scenario.”

The PPP chairman stated the finance ministers’ claims had been akin to “rubbing salt within the wounds” of the Pakistanis who’re “struggling” because of the authorities’s insurance policies.

In the meantime, Shahbaz stated the Opposition would be part of arms and provides a troublesome time to the federal government in the course of the finances session and can expose their “fudged” figures.

“When poor individuals are dying of starvation, unemployment and inflation are skyrocketing, how can they declare that the nation is witnessing financial progress?” the Opposition chief requested.

Responding to a query, Shahbaz stated that the Opposition events would devise a joint technique for the no-confidence movement that was moved in opposition to NA Deputy Speaker Qasim Suri a day earlier.