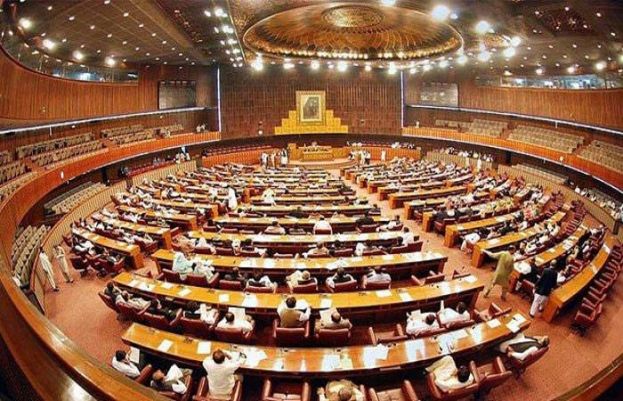 Opposition staged a walkout throughout a Nationwide Meeting session on Friday as the federal government refused to comply with its demand of suspending exams within the nation.

Earlier than strolling out, PML-N’s Khawaja Saad Rafique stated he had requested Federal Schooling Minister Shafqat Mehmood to delay the exams within the nation, however he was but to listen to from the federal government.

“If the federal government has not determined to delay the exams, then we must be knowledgeable as to why does it plan on taking supplementary exams inside 45 days?” he requested.

At this, Federal Parliamentary Secretary for Schooling and Skilled Coaching Wajiha Akram stated that examinations had concluded in Balochistan, whereas they have been underway in Sindh.

Responding to Akram, Rafique stated this meant that the federal government doesn’t need to converse to the Opposition about suspending the examinations.

Following Rafique’s assertion, the Opposition events, together with PML-N, staged a walkout.

After the walkout, PML-N’s Sheikh Fayyaz-ud-Din identified an absence of quorum, following which, NA Speaker Asad Qaiser, who was chairing the session, adjourned it until Monday.