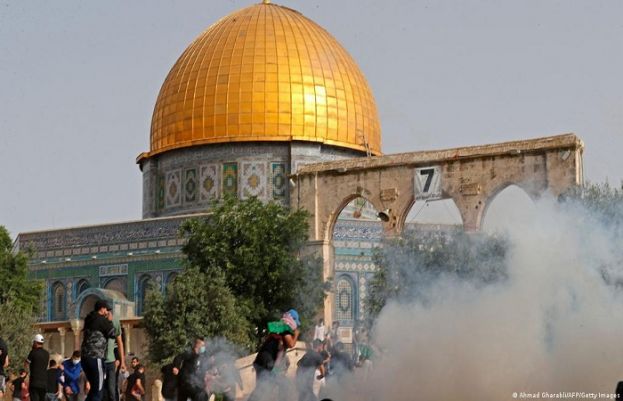 Pakistan on Sunday condemned the latest violent assaults carried out by the Israeli occupation forces on the worshippers at Al-Aqsa Mosque in occupied territories and urged the worldwide group for a immediate motion to guard the Palestinians.

The Overseas Workplace in an announcement mentioned such assaults have been “in opposition to all humanitarian norms and human rights legal guidelines”.

“The federal government of Pakistan stands in solidarity with the Authorities and other people of the State of Palestine of their simply calls for for his or her fundamental rights and equality,” it mentioned.

The Overseas Workplace mentioned Pakistan additionally renewed its name for the institution of a viable, impartial and contiguous Palestinian State, on the idea of the internationally agreed parameters on the pre-1967 borders and Al-Quds Al-Sharif as its capital.