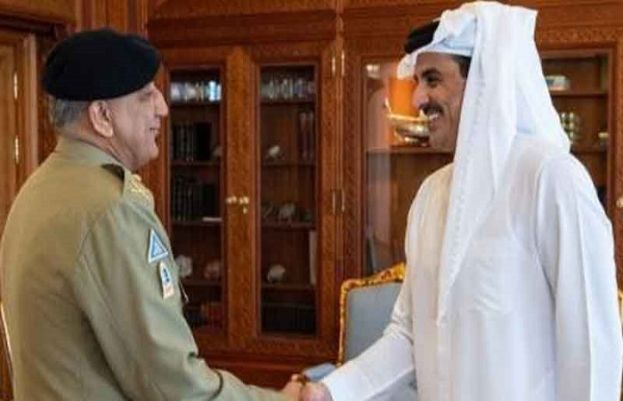 Military chief Common Qamar Javed Bajwa mentioned on Thursday that Pakistan and Qatar’s ties, that are primarily based on the “deep spirit of brotherhood,” are being reworked into a permanent partnership.

It mentioned that issues of mutual curiosity, defence and safety cooperation, and regional surroundings have been mentioned in the course of the assembly.

“Each international locations share an important historical past of cordial relations and a deep spirit of brotherhood, that are being reworked into a permanent partnership,” mentioned Gen Bajwa.

The ISPR mentioned that each side underscored the significance of additional enhancing cooperation in all fields.

The Qatari officers additionally appreciated Pakistan’s steady efforts for peace and stability within the area and pledged to maintain working for higher relations between the 2 brotherly international locations.