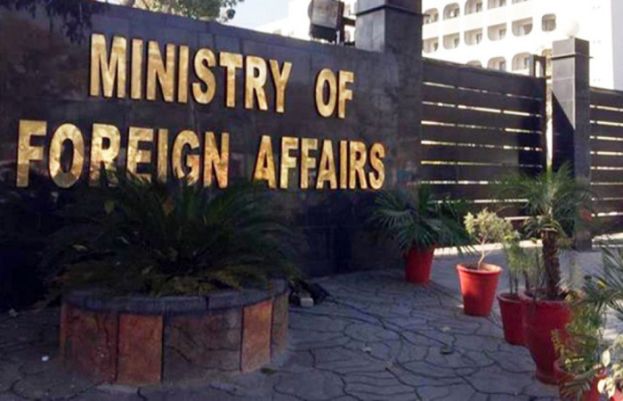 Pakistan on Tuesday rejected the “solely baseless” Indian claims {that a} Pakistani F-16 plane was shot down by an Indian pilot earlier than he was captured by Pakistan in Azad Jammu and Kashmir in February 2019.

“The quotation of the award to the downed Indian pilot is a basic case of Indian fabrications and pure fantasy to appease home viewers and conceal the embarrassment,” the International Workplace stated.

The FO stated worldwide specialists and US officers had already confirmed that no Pakistani F-16 was shot down on the day, after taking inventory of Pakistani F-16 plane.

“India’s insistence on propagating a lie that has been completely uncovered is ludicrous and nonsensical,” it stated.

The FO stated granting army honours for imaginary feats of gallantry is opposite to each norm of army conduct.

“By giving such award, additionally as an after thought, India has solely made a mockery of itself,” it stated.

It’s to recall that in a daring day gentle motion, two Indian plane had been shot down by Pakistan Air Power on February 27, 2019. One of many Indian Mig-21 Bison plane fell down in Azad Jammu and Kashmir.

The pilot who ejected was captured by Pakistan and later launched as a goodwill gesture. His return to India was testimony of Pakistan’s want for peace regardless of India’s hostility and ill-conceived aggressive motion. One other Indian plane SU 30 shot down by Pakistan Air Power fell on the opposite aspect of LOC.