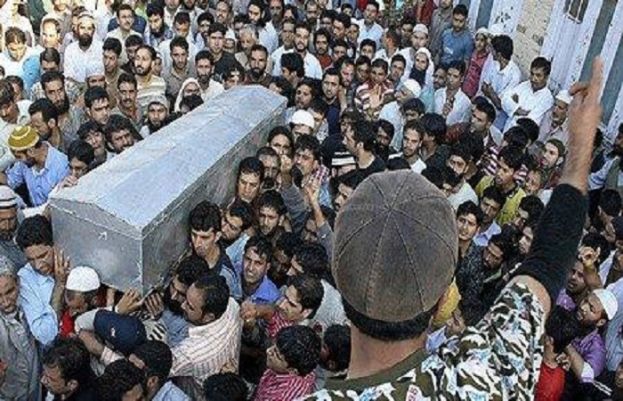 Pakistan on Wednesday strongly condemned the continued spree of extra-judicial killings in staged encounters and pretend cordon-and-search-operations in occupied Jammu and Kashmir by Indian forces who, within the newest such incident, killed two Kashmiris in Pulwama.

In line with a press release by the Ministry of Overseas Affairs, the 2 Kashmiris have been killed in a so-called cordon-and-search-operation at the moment.

The ministry stated that a minimum of 18 harmless Kashmiris have been killed with impunity by Indian occupation forces previously month.

The assertion notes that whereas the elemental freedoms of Kashmiris stay suspended, Indian occupation forces have “additional intensified their repression” in Indian-occupied Jammu and Kashmir previously weeks.

Moreover, the ministry stated that extra-judicial killings, arbitrary arrests, incarceration of lots of of widespread Kashmiris and Hurriyat leaders beneath the draconian legal guidelines and harassment of Kashmiris on the navy check-points or throughout the night time raids proceed with impunity.

The assertion stated that hateful phrases reminiscent of “hybrid terrorists” and “white collar terrorists” are used to additional demonise them.

“The deteriorating safety and human rights scenario within the occupied territory is a matter of grave concern for the worldwide group,” acknowledged the ministry.

The assertion additional stated that the go to by Indian ministers, amidst all this, to the occupied territory is “one other Indian ploy to divert consideration from India’s state-sponsored terrorism and to venture a false sense of normalcy” in Indian-occupied Jammu and Kashmir.

“No quantity of lies, deceit and publicity stunts by the RSS-BJP votaries within the title of pretend ‘normalcy’ and improvement, can masks, deal with or take away the entire alienation of the Kashmiris in [Indian-occupied Jammu and Kashmir],” stated the ministry.

It stated that India should recognise that the one means for the area to attain long-term peace and improvement is for the Jammu and Kashmir dispute to be completely resolved in accordance with UN Safety Council resolutions and the calls for of the Kashmiri individuals.