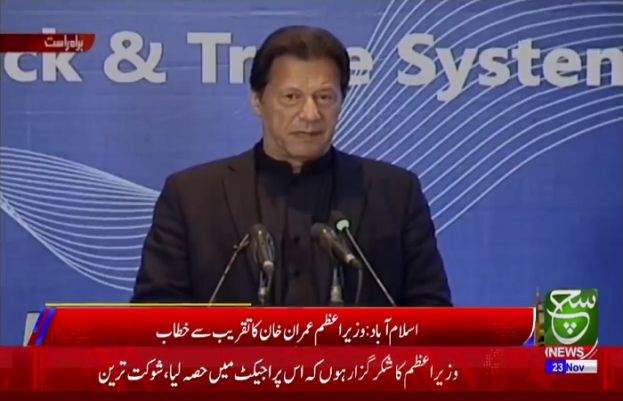 Prime Minister Imran Khan on Tuesday stated that within the absence of a “tax tradition” in Pakistan, the very nation’s sustainability is at stake.

His remarks got here throughout the launch ceremony of the Federal Bureau of Investigation’s Monitor and Hint System for the sugar business.

Hailing the introduction of the system, which he noticed had been a wrestle by the FBR since 2008, the prime minister stated that it had already been rolled out for the tobacco business and would now lengthen to the sugar business as nicely.

He stated there are plans to implement it for the cement, fertiliser and within the rebar (iron bars used to bolster and strengthen concrete) sectors.

The premier stated this optimistic improvement right this moment may have “far reaching penalties”.

Talking of the challenges Pakistan faces, he stated the foremost situation that the federal government has to take care of is that “it doesn’t have the funds for to run the nation, which is why we now have to take loans”.

He likened the scenario to a family which continues to wrestle as a consequence of monetary constraints and by no means is ready to advance because it by no means has sufficient financial savings to speculate sooner or later.

PM Imran Khan stated that in Scandinavia, thee tax-to-GDP ratio is 50%, whereas in Pakistan, “a tax tradition was by no means created”.