PM Imran has requested me to concentrate on Sindh’s legislation and order: Rasheed 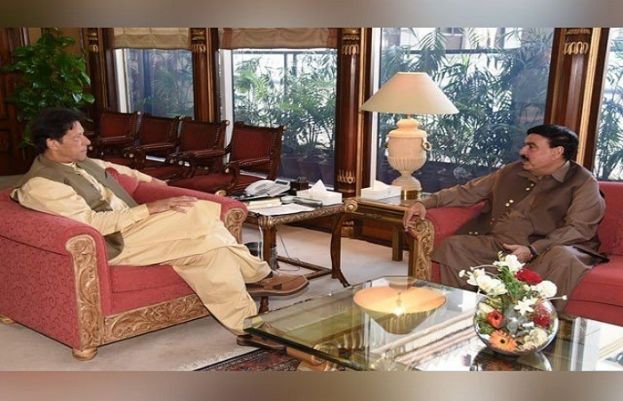 Prime Minister Imran Khan on Tuesday directed Minister for Inside Sheikh Rasheed Ahmed to go to Sindh and concentrate on the province’s legislation and order scenario.

“PM has ordered me to go to Sindh and maintain assembly with the Rangers,” mentioned Ahmed.

He added that the PM issued the directives to him as lawlessness is on the rise in Sindh, and the police are unable to ‘ship’.”

The inside minister mentioned that the PM directed him to compile a report and ship it to him as quickly as attainable. On this regard, Ahmed warned that he would possibly go to the province any time to evaluate the legislation and order scenario.

The assertion by the inside minister got here a couple of minutes after Data Minister Fawad Chaudhry had tweeted that PM Imran Khan held detailed discussions on Sindh with Governor Imran Ismail and Planning Minister Asad Umar.

Fawad mentioned that Umar and Ismail had expressed their “grave concern” with the PM over Sindh’s administrative mismanagement, particularly legislation and order scenario, and rising degree of crime within the province.

The knowledge minister mentioned that the prime minister, whereas paying attention to the minister and the governor’s report, had directed the inside minister to go to Sindh.

He added that the safety tsar of the nation was requested by the PM to work with the legislation enforcement companies to develop a viable plan of motion in response to the scenario.

Fawad had additionally mentioned that the PM had directed the inside minister to submit a report on the matter.