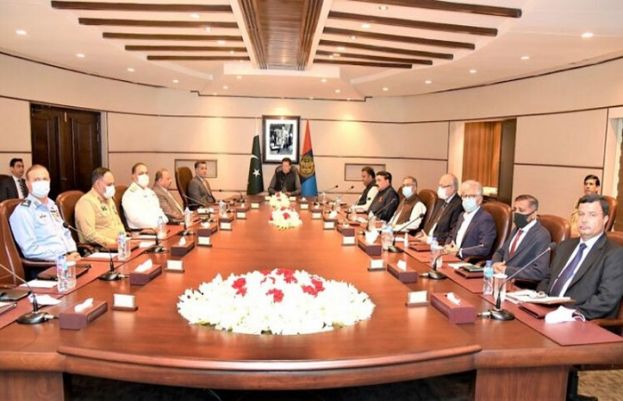 Prime Minister Imran Khan on Wednesday visited headquarters of the Inter-Providers Intelligence (ISI) together with senior federal ministers the place he was briefed on the Afghan peace course of, reported quoting sources.

Based on sources aware of particulars, the prime minister chaired a high-level assembly on the ISI headquarters which was attended by heads of the armed forces and senior members of the federal cupboard.

“These accompanied the prime minister within the assembly included Info Minister Fawad Chaudhry and Inside Minister Sheikh Rasheed,” they mentioned.

The prime minister, in line with sources, was briefed on inner and exterior safety points together with progress within the Afghan peace course of.

On Might 24, Prime Minister Imran Khan visited headquarters of the Inter-Providers Intelligence (ISI) together with federal ministers and different authorities functionaries.

In April final 12 months, Prime Minister Imran Khan together with Chief of Military Employees (COAS) Normal Qamar Jawed Bajwa paid a go to to the headquarters of the Inter-Providers Intelligence (ISI) within the capital.

They had been obtained by ISI Director Normal Lieutenant Normal Faiz Hamid, in line with the PM Workplace.

A complete briefing masking your complete spectrum of inner and exterior challenges was given to the premier through the go to. He was additionally briefed on the affect of the continuing coronavirus disaster.

The prime minister emphasised that no effort can be spared for the safety, integrity, and sovereignty of Pakistan. He appreciated the sacrifices and contributions of the Inter-Providers Intelligence being a superior state intelligence company.