Resident of Karachi’s Nasla Tower handed away resulting from despair 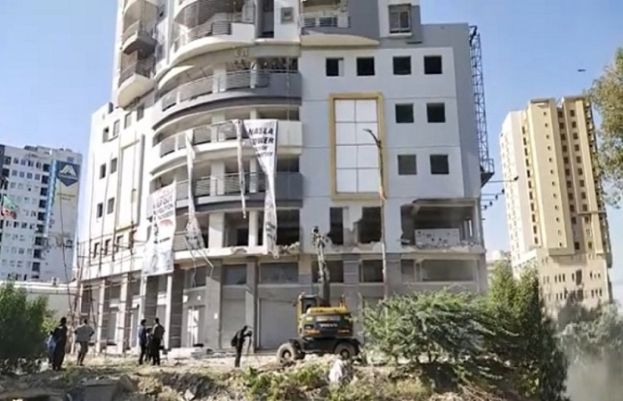 The Affiliation of Builders and Builders (ABAD) on Friday stated a former resident of Karachi’s Nasla Tower had handed away after affected by despair.

A retired worker of the Pakistan Worldwide Airline (PIA), Shamim Usman, 65, died of “sheer despair”, the builders’ affiliation stated in a press release.

The aged girl was amongst a whole bunch of different residents who had been ordered by the Supreme Courtroom of Pakistan (SC) to vacate the 15-storey constructing, because it had been partly constructed on encroached land, and was thus dominated as one which should be demolished.

“Shamim Usman resided in flat No 104 of Nasla Tower”, had invested all her cash and repair advantages, which she acquired upon retirement, to purchase an condominium within the constructing, the assertion stated.

The demolition works on the 15-storey constructing, situated on Sharah-e-Faisal, are underway.