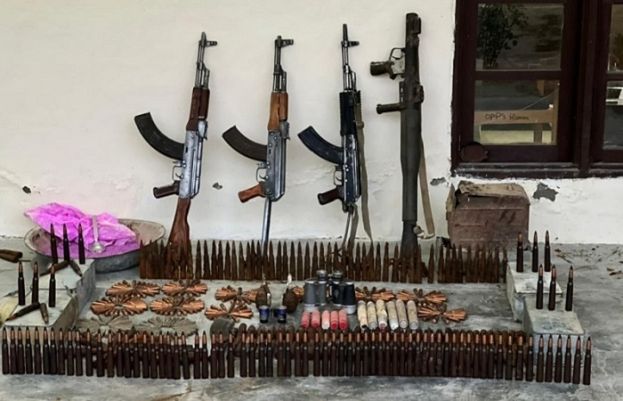 Safety forces carried out an intelligence-based operation (IBO) within the Sarwakai space of South Waziristan district and recovered an enormous cache of weapons, the navy’s media wing mentioned in a press release on Sunday.

Based on Inter-Companies Public Relations (ISPR), the forces carried out the IBO on the reported presence of terrorists within the space.

“Through the search of the world, a lot of weapons, ammunition and improvised explosive machine preparation materials was recovered from the hideout,” the ISPR mentioned.

The weapons and ammunition recovered from the hideout embrace submachine weapons, RPG-7, hand grenades and a big amount of ammunition of a number of calibres, the assertion added.

The safety forces had per week in the past carried out an IBO in Miranshah, North Waziristan during which one terrorist was killed whereas two others had been apprehended.

“Weapons and ammunition [were] additionally recovered from [the] terrorists,” the ISPR had mentioned.

Ansari had mentioned there had been safety points in North and South Waziristan tribal districts however the police had acted swiftly to implement the writ of the state.