Soldier martyred in trade of fireplace with terrorists at checkpost in South Waziristan: ISPR 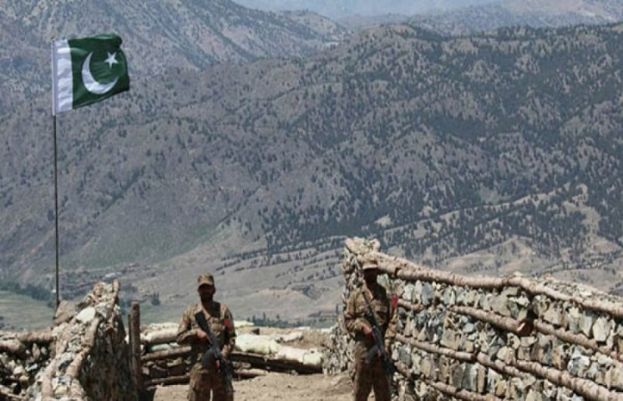 A Pakistan Military soldier was martyred throughout an trade of fireplace with terrorists at a checkpost within the South Waziristan district, the navy’s media affairs wing mentioned on Wednesday.

In a press release, the Inter-Providers Public Relations (ISPR) mentioned that officers on the checkpost within the Kanniguram space of the district “noticed and engaged” the terrorists.

In the course of the “intense trade of fireplace”, one of many terrorists was killed whereas a soldier, 42-year-old Naib Subedar Sonay Zai, was critically injured and later succumbed to his wounds, the assertion added.

The military assertion additional mentioned {that a} search of the world “is in progress” to eradicate any remaining terrorists.

“Pakistan Military is decided to eradicate the menace of terrorism and such sacrifices of our courageous troopers additional strengthen our resolve,” it added.

At the very least two troopers have been martyred in as many terrorist assaults in South Waziristan this month.

Within the first assault, a soldier was martyred and one other injured in an assault on a checkpost within the Zangara space of the district on August 1.

Within the second assault that occurred final week, a soldier was martyred after terrorists opened hearth upon troops that had been dispatched by a navy publish in Sararogha after suspicious actions had been noticed in its space of accountability.

Because of the efficient response of the troops, one terrorist was killed and one other was injured and apprehended, the ISPR had mentioned on the time.

In the course of the trade of fireplace, Naik Zia ud Din was critically injured and embraced martyrdom, the ISPR had mentioned.