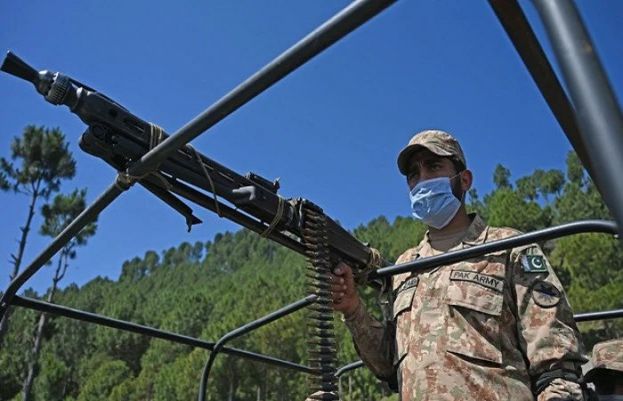 The martyred solider, Naik Aqeel Abbas, was a resident of village Mehro Peelo in District Chakwal.

The militants attacked the troops utilizing small arms, in response to the ISPR assertion.

A big-scale space operation by FC Balochistan South to hunt the terrorists has been launched, the assertion stated.

“Such cowardly acts by inimical components, backed by anti-state forces can not sabotage hard-earned peace and prosperity in Balochistan,” acknowledged the ISPR.

“Safety forces are decided to neutralise their nefarious designs even at the price of blood and lives,” it added.

The incident takes place a bit over two weeks after 4 FC personnel embraced martyrdom and eight others had been wounded in two separate terrorist assaults in Quetta and Turbat.

Within the first incident, the FC submit close to Pir Ismail Ziarat was focused by terrorists, the Pakistan Military’s media wing had stated on the time.

“Within the second incident, terrorists focused an FC automobile with an IED in Turbat,” the ISPR stated. The blast had left two FC troopers injured, in response to ISPR.