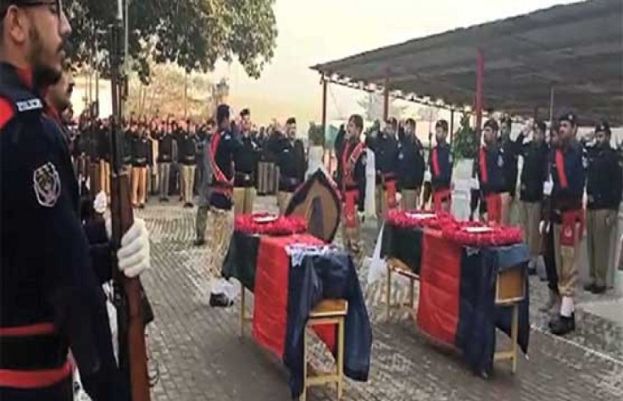 Assistant Sub-Inspector (ASI) Riyaz Khan and Constable Jaffer have embraced martyrdom in an operation in Peshawar’s Hayatabad space at this time (Wednesday).

In accordance with particulars, the safety forces have launched a raid on a tip off to arrest the fugitives throughout which, the suspects opened fireplace and martyred ASI and constable.

The funeral prayers of the martyred ASI and constable have been supplied at Police Traces.

In the meantime, Inspector Basic of Police in Khyber Pakhtunkhwa (KP) Moazzam Jah Ansari instructed that seven fugitives have been arrested whereas weapons have additionally been recovered from their possession.