Very quickly, you will notice quite a lot of issues change: Maryam Nawaz 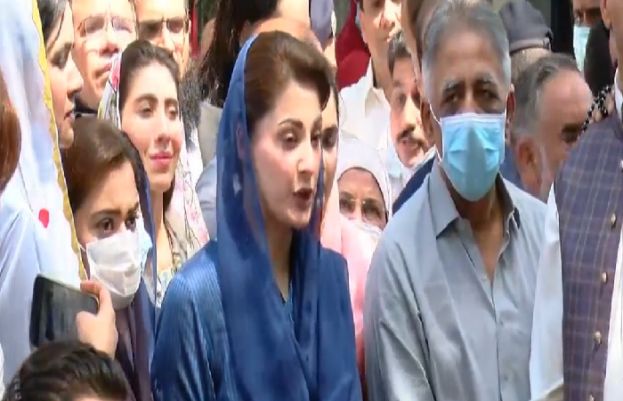 PML-N Vice-President Maryam Nawaz Wednesday lashed out on the incumbent authorities and described its previous three-year efficiency as “nothing wanting “destruction”.

Chatting with the media after showing for a listening to of the Avenfield reference case, the PML-N chief stated reconciliation was out of the query.

“One shouldn’t even maintain talks with these individuals [government],” she stated, including that aside from the PTI, all political events ought to unite and take into consideration the welfare of Pakistan.

She commented on the Media Regulatory Authority, saying that the federal government is creating hurdles for the media and Opposition, including that the invoice was a continuation of the incumbent authorities’s insurance policies geared toward censoring the media.

In response to a query on Nawaz Sharif’s return, she stated:

“Circumstances have modified rather a lot. Very quickly, you will notice quite a lot of issues change. Nawaz Sharif will return to the nation when it’s needed for him to take action.”

Proceedings of the Avenfield Reference towards the PML-N vp and her husband, Captain (retd) Safdar, have been postponed until September 8.