Will get rid of all remnants of terror no matter the price: COAS 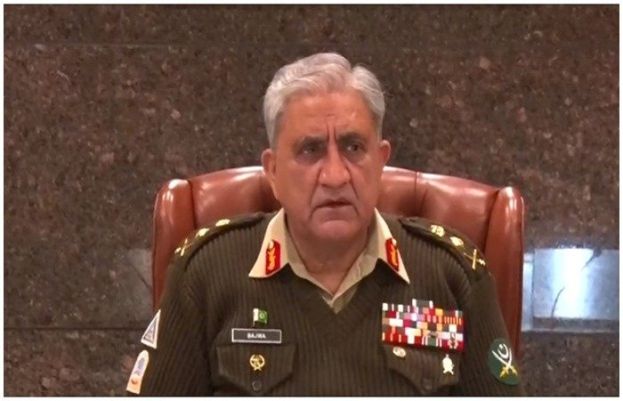 Whereas praising the martyrs who repulsed the latest assaults in Balochistan, Chief of Military Workers (COAS) Basic Qamar Javed Bajwa vowed on Wednesday that the armed forces will “get rid of all remnants of terrorists, their abettors and accomplices” at “no matter the price”, the Inter-Providers Public Relations (ISPR) mentioned in an announcement.

In accordance with the army’s media wing, the military chief presided over the 247th Corps Commanders’ convention held on the Basic Headquarters (GHQ) in Rawalpindi.

The convention was given a complete briefing on the safety state of affairs within the nation, notably latest incidents in Balochistan, the assertion mentioned, including that contributors of the convention have been additionally briefed on the steps being taken to “counter hostile efforts to destabilise Pakistan”.

The army’s media wing mentioned that the highest brass of the Military paid tribute to the martyrs who gave the “final sacrifice” for the defence of the nation whereas repulsing the latest terrorist assaults in Balochistan.

The ISPR mentioned that Gen Bajwa expressed “satisfaction over the operational preparedness of the formations and safeguards in place to thwart designs of inimical forces”.

…Discussion board paid tribute to the martyrs who gave final sacrifice for the defence of the nation whereas valiantly repulsing latest terrorist assaults in Balochistan & inflicting heavy losses on them. COAS expressed satisfaction over operational preparedness of the formations & (2/5)

“We’ve got come a good distance in our combat towards terrorism. Armed forces — with the assist of the nation — have performed profitable operations towards terrorists of all hue and color,” mentioned the military chief. The terrorists’ determined makes an attempt for revival won’t be allowed to succeed, he added.

“We’ll get rid of all remnants of terrorists, their abettors and accomplices no matter is the price,” mentioned the military chief. He additionally directed the formations to give attention to “sustaining excessive requirements of fundamental army coaching” in order that operations within the standard and sub-conventional domains are executed successfully.

The armed forces had efficiently averted two separate terror assaults in Naushki and Panjgur, Balochistan, on February 2, and accomplished the clearance operation within the space on February 5, killing 20 terrorists with the lack of 9 treasured troopers, together with a junior and senior military official.

The convention was additionally held a day after PM Imran Khan and armed forces chief Gen Bajwa visited Naushki to honour the Pakistan troops for his or her success and sacrifices made in a repulsing terror assault within the space.